Android TV Box is one of the devices people use to watch live at home. With this device and subscription, connected to the Internet, people can watch sports, entertainment, food and more at anytime.

Today, we will introduce two similar streaming TV Boxes and the differences between them. 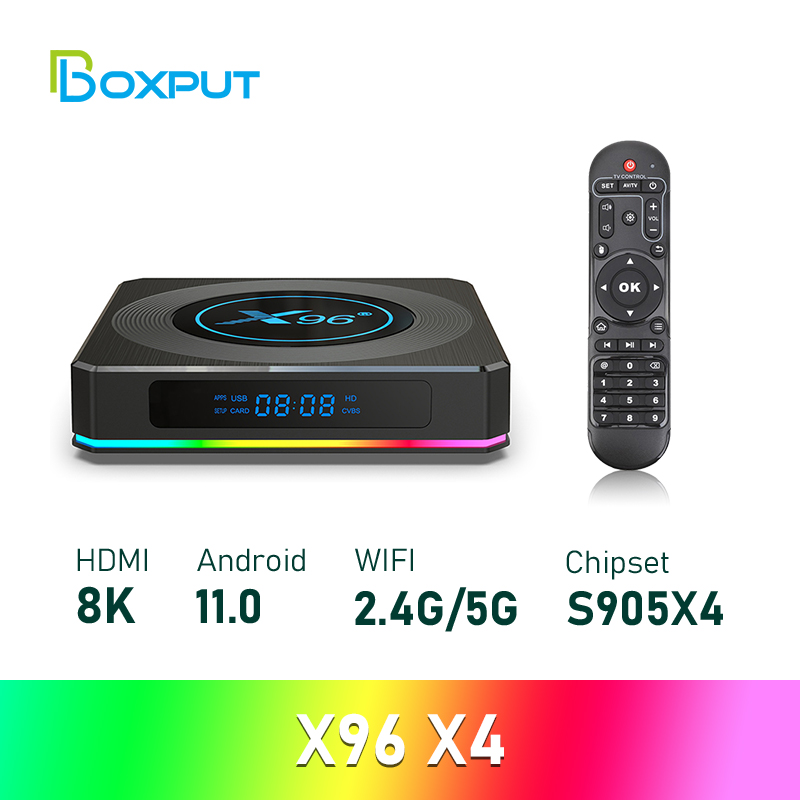 The only differences will be the following parts.

4. X96 X4 have RGB chasing lights on the outside of the box, and their shape, UI, and package are different.

The above is about the introduction of these two products, if you want to know more, or buy online, then contact me by WhatsApp or Telegram now!